The one that required a report

Several years in the making and as a result of a constitutional change that allowed Hashing on a public holiday, we finally made it to the Three Stags Heads.  I had waited a while for this one, ever since spotting this curiosity whilst on the way to somewhere else, Shunter duly obliged and we had ourselves a memorable one.

Only four of us (Captain Morgan, Sticky Shaft, Trunks and Uglyman in Alphabetical order) were present in the car park opposite the pub, surely there would be more takers? Anyway here goes… 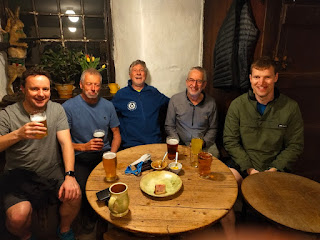 Curiosity and weak bladders were ubiquitous so an early foray into the pub was required:

Crowd of locals not used to strangers - Check

Fierce looking grumpy Landlord - Check, Uncheck, Check, we were welcomed with a friendly smile, something was amiss…

Toilet for weak bladders – not located

During the pre run inspection of the pub the friendly landlord had informed us that the hare had been in earlier and that the pub would be open to welcome us back, he also mentioned that we could borrow t’owd gun to help catch the hare if necessary, we politely declined and backed off slowly.  One of the locals also informed us that Shunter had gone through the farm and up the field, this would mean, as we later found out, that he would have had to set the run backwards, though the jury is still out on this.

So in the opposite direction we trotted towards Peter’s Stone, there was a general lack of enthusiasm towards the suggestion of a full ascent, so on we went, whilst been stalked by a drone. The pilots could be seen atop Tansley Dale, they only observed and did not attack so we continued unhindered. As we rounded the contours back towards Wardlow we occasionally looked back longingly to see if any other hashers had joined the expedition, finally our wishes were answered as Fishbait ‘sans’ Pingu bounded up the hill, significantly upping the average pace.

As we jogged through Wardlow all minds, whilst not saying, were considering a mutiny back to the pub to see what delights it presented but loyalty to our hare, who might be receiving incoming fire from the pub by now, prevented us from doing so and onwards we went through fields of sheep and spring lambs.

We eventually reached Thunderpit lane and headed towards Foolow, another mutiny option presented itself but on we continued, one hasher finally relieved their bladder in what I’m sure was someone’s back garden, said Hasher will remain nameless though. Foolow presented a quaint setting with a lovely pub which, alas, is also closed on Mondays…nevermind, there’s always the Packhorse in Little Longstone.

Thereafter followed some pleasant tracks between fields until we finally came to the left turn back towards our final destination. Uglyman performed a wildly long check just to make sure and we waited five mins for his return.  More otherwise undiscovered paths remained until we finally descended through a field and into the farm near where we had begun our journey, all in all a pleasant hash, well-marked, with slightly off coloured flour, well done Shunter!!

Back to the Pub

In the carpark we all changed into our disco clothes and made the journey of hope and fear across the road into the pub. Doors to the left, straight ahead and to the right, toilet perhaps? We knew to choose the door straight ahead and on opening were presented with scenes not too dissimilar to those presented to George Clooney when he arrived at the Titty Twister in From Dusk till Dawn.

There was the same crowd of locals, minus a couple, having a raucous old time.  Effing and Jeffing, calling your mate an on-line banker or words to that effect were order of the day, there was not a swear box in sight.  We were warmly welcomed by the landlord and the locals and we duly told them we had waited years to visit this pub, the landlord explained that he had recently took over, hence the warm friendliness, we explained in turn that we had been looking forward to the abuse which was the stuff of legends, there were a few smiles.

The lurcher growled if you so much as looked at it, I asked whether it was friendly and was told I could take my chances, I kept my hands firmly on the customer’s side of the bar. It has to be said that the tap room was micro even by micro pub standards, but with a fire on and much joy being had it was very cosy, a couple of the locals duly shuffled round and gave the five of us a table for three, with good old Trunks sat appropriately in the middle, nearest to all of us – this will become relevant later.

Been such a small area everybody could join in everybody’s conversation and soon enough with a couple of swigs of 7% Black Lurcher beer (Abbeydale Brewery) in us the stories were flowing.  The landlord brought us some pork pie with mustard and Branston, I wonder if he does a Ploughman’s? At this point I gazed to my right, where there was another door, as if on cue two of the local ladies went through the door, I followed for a look and was presented with a function room, the perfect size for a Christmas Hash I might add. I sat back down and began chatting with the local astronomer to my right, who even had his own tankard with a picture of a star gazer on it, he informed me that today was a sobering day in that the landlord of many years had passed away two days ago and that the lady in the corner was his widower.

At this point I had to prevent my panicked look from overtaking the one of sympathy, in my mind I started to plan as to how I was going to tell the others to ease up on the stories of the old landlord, but without the rest of the pub hearing. I thought I could do a kind of Chinese whispers trick and start with the Hasher sat to my left.

Uglyman proved not to be so experienced at this game and the message pretty much ended with him looking at me wondering what I was mouthing at him. I sat there waiting for the inevitable. It came in the form of Captain Morgan who was about to recount the tale of his son playing in the mud, I mean garden, and the subsequent twenty five year barring. I felt like the doctor at the press conference where Donald Trump suggested disinfecting people’s lungs to get rid of Covid. Finally I opted for a full lean over the table technique blocking the view of the Captain from the rest of the bar and informing said Captain of the circumstances, he in turn opted for a hand to mouth technique accompanied by a red face.

Looking back I think we salvaged something that night but I’m not sure what.  In truth all of us were a little bit sad not to have met the previous landlord either again or for the first time. We had all secretly longed for a rollocking over some minor infringement so that we could speak about it on future Hashes but it was not to be and sadly will never be again. If nothing else we made it to the long sought after Hash venue and it did not disappoint, we will surely raise another army of bank holiday hashers, maybe a glass to the old Landlord and make the return journey. If you are reading this, but not a Hasher, then please make the pilgrimage to this unique, wonderful little pub and its patrons!

The following day Trunks did indeed test positive for Covid and was faced with the unenviable task of calling the pub, though those locals did not look like Covid would bother them one bit.  The other Hashers all tested negative, maybe as a result of the disinfecting properties of the strong but tasty Lurcher beer! 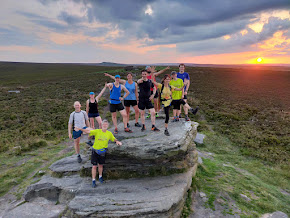 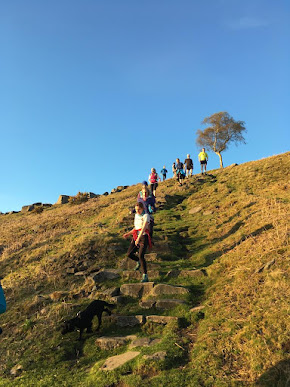 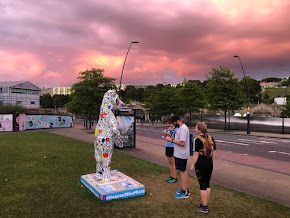 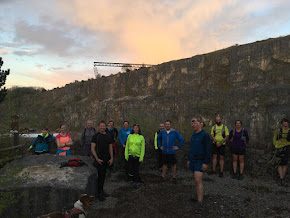 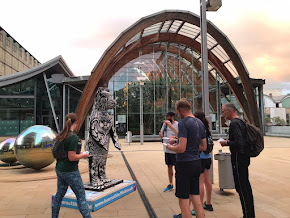 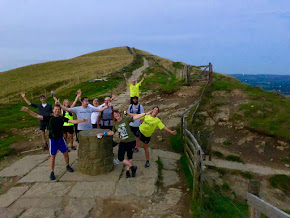 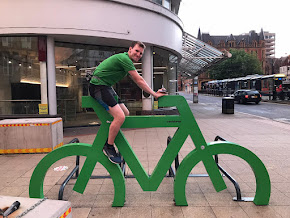 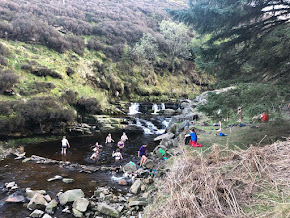 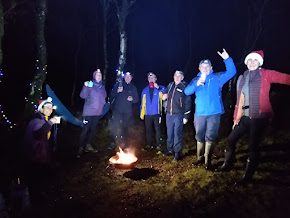 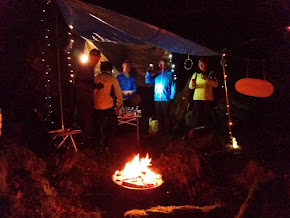 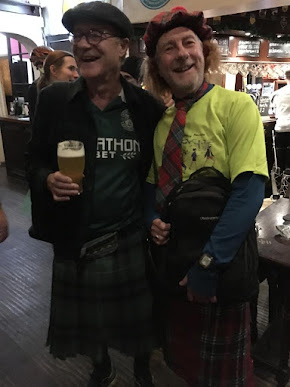 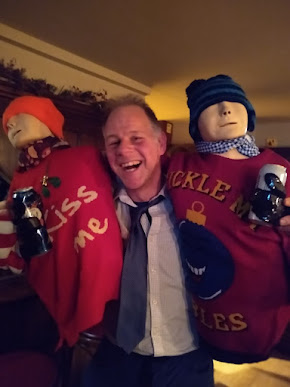 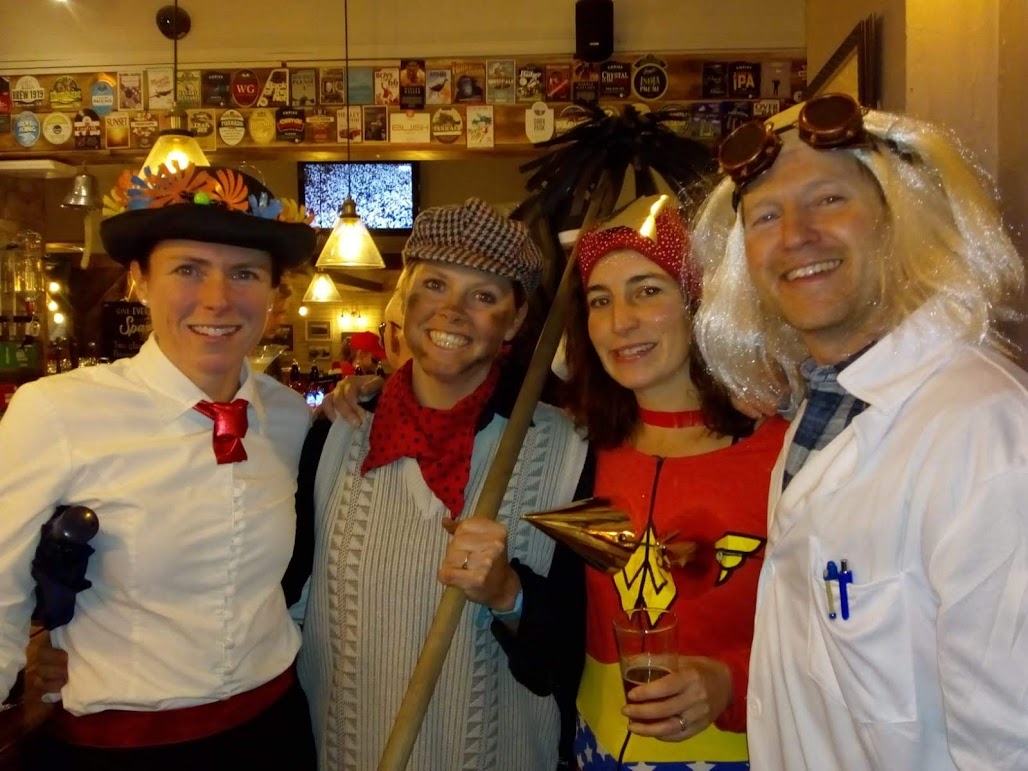 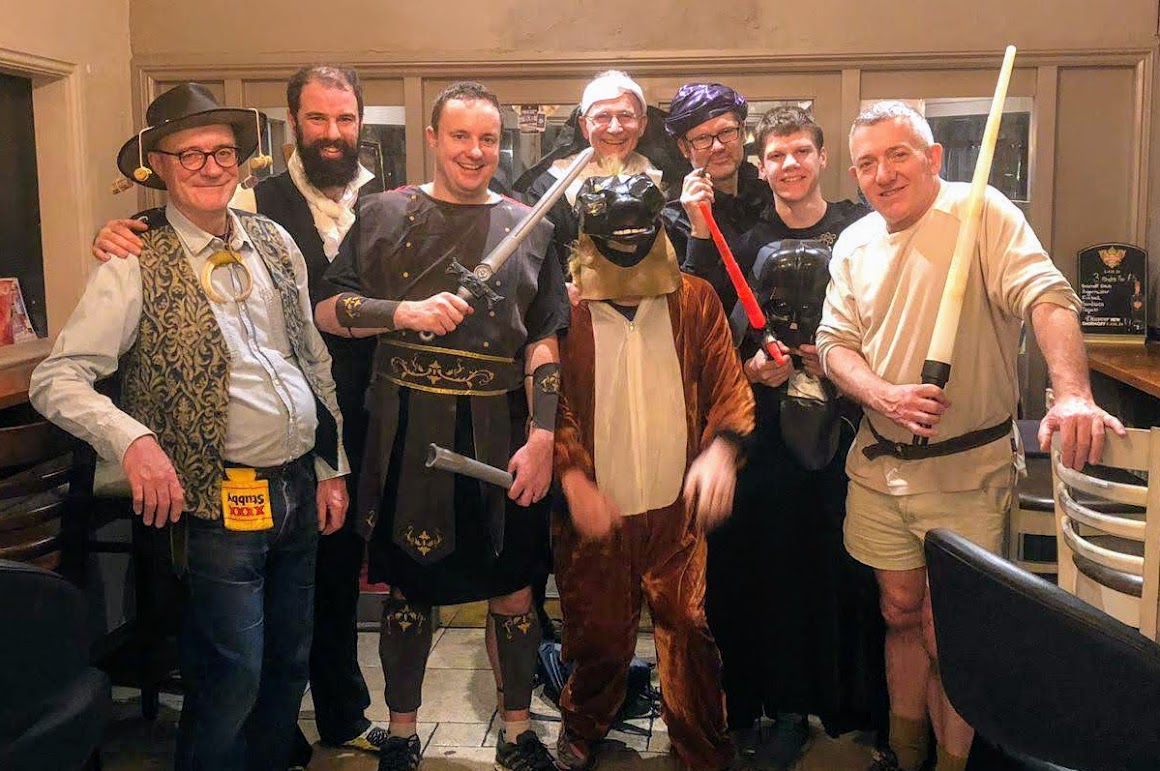 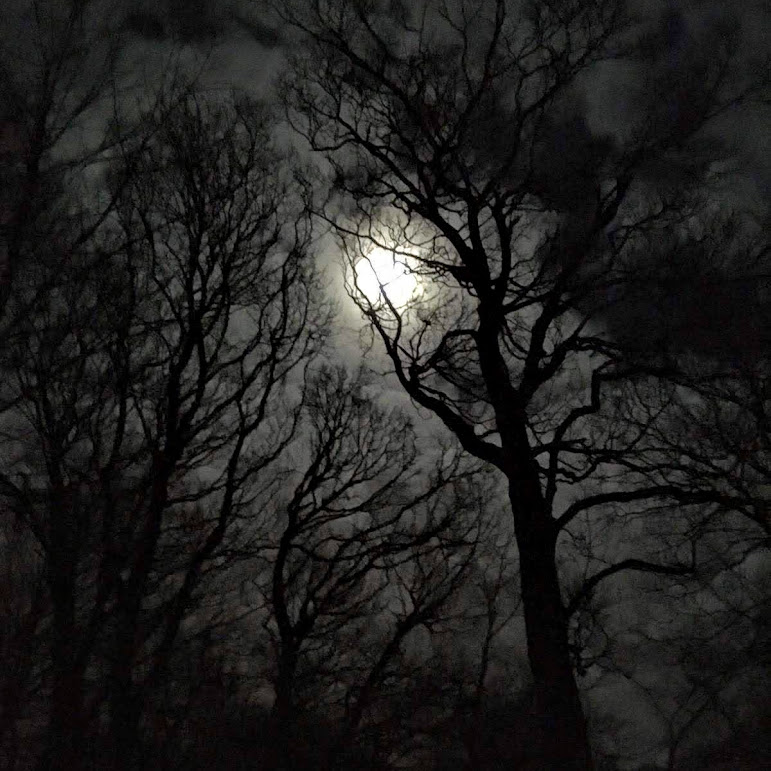 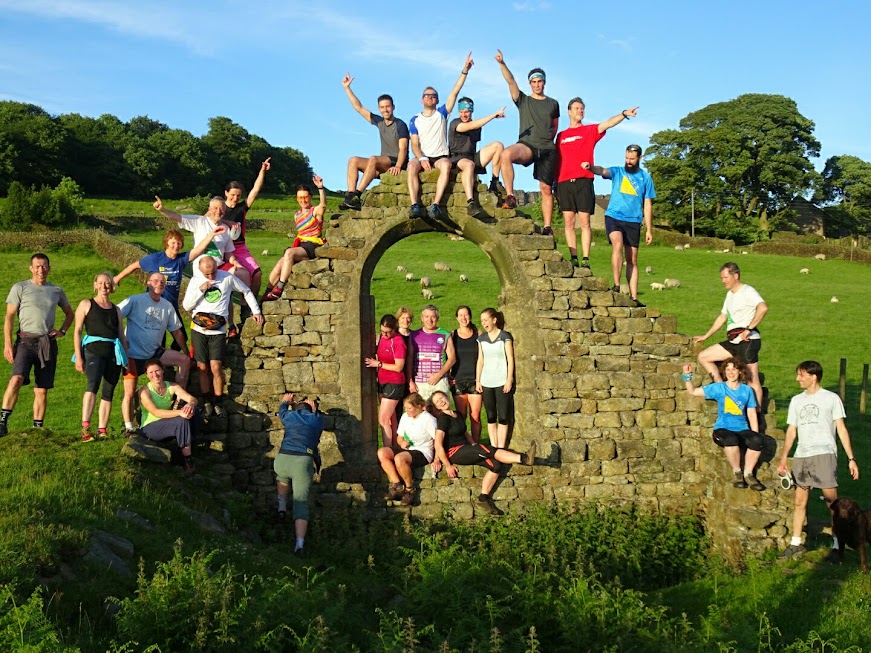 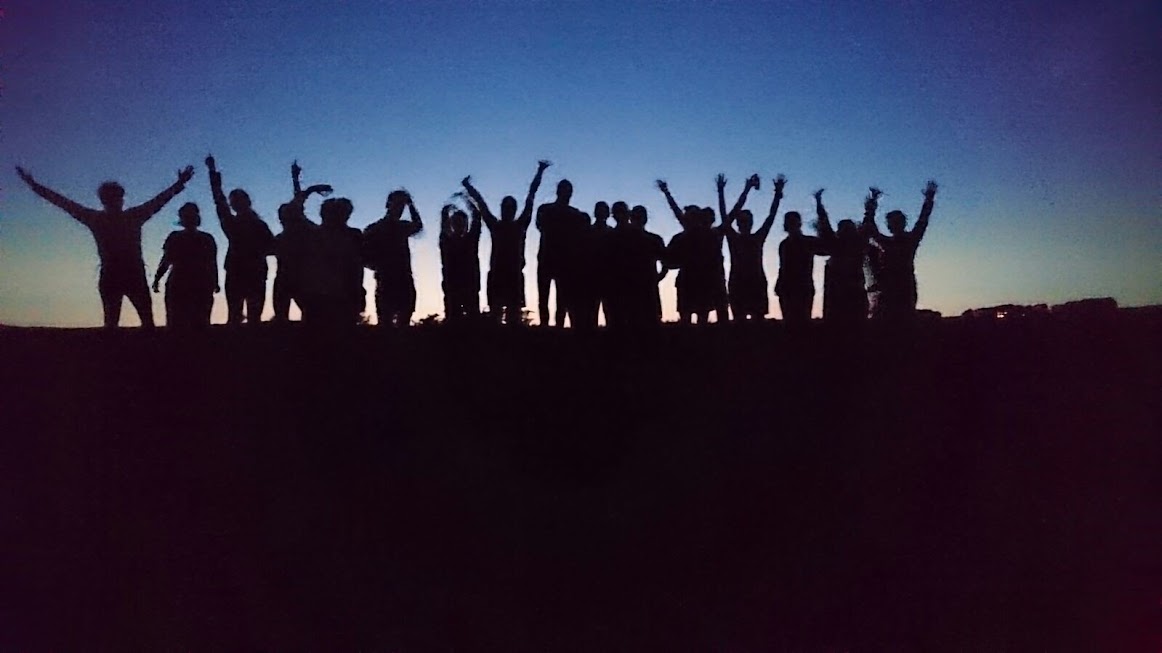 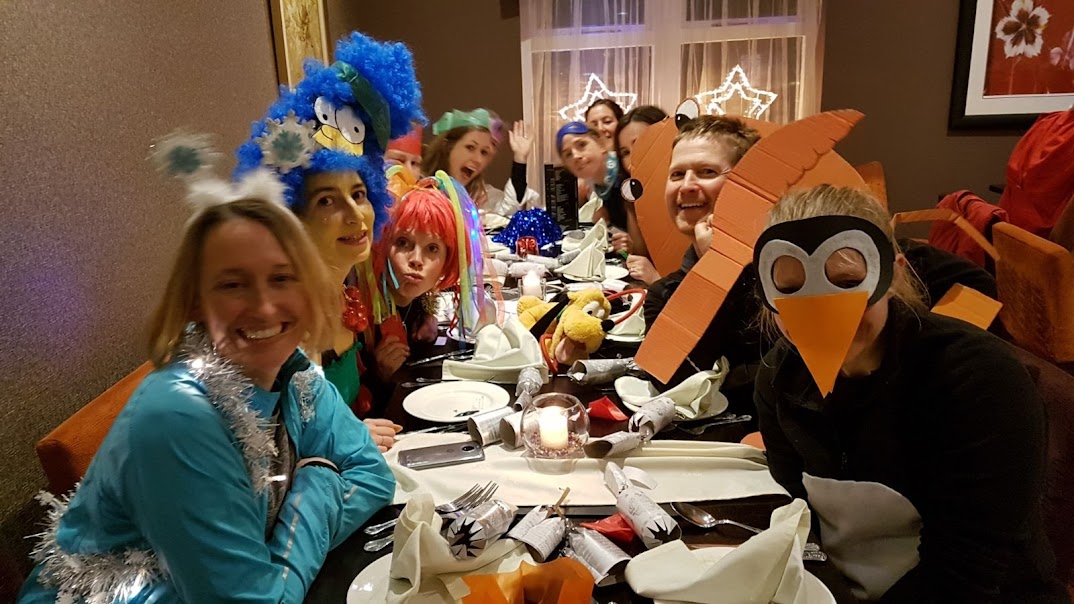 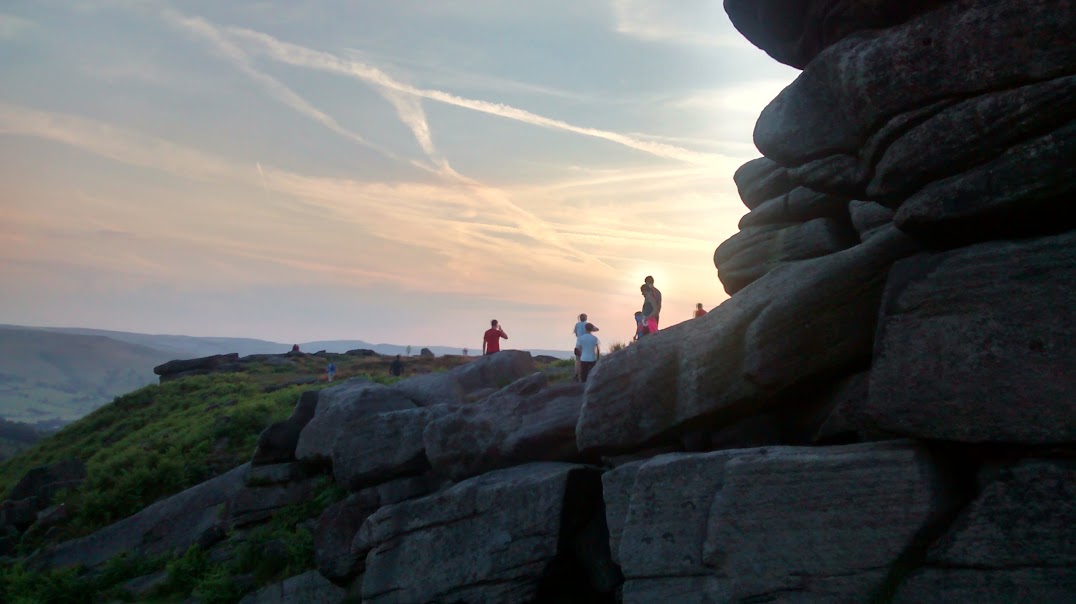 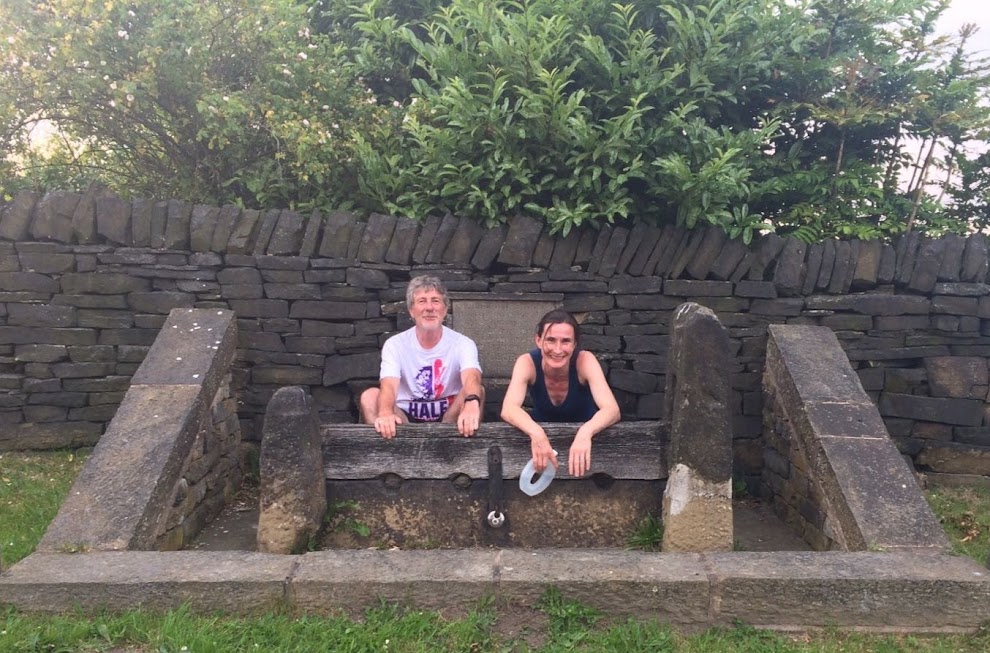 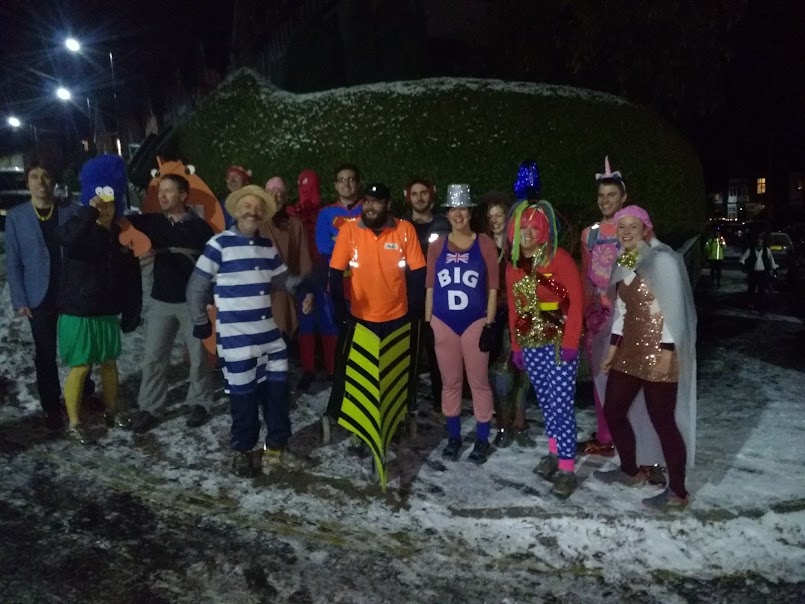 We know how to HR! 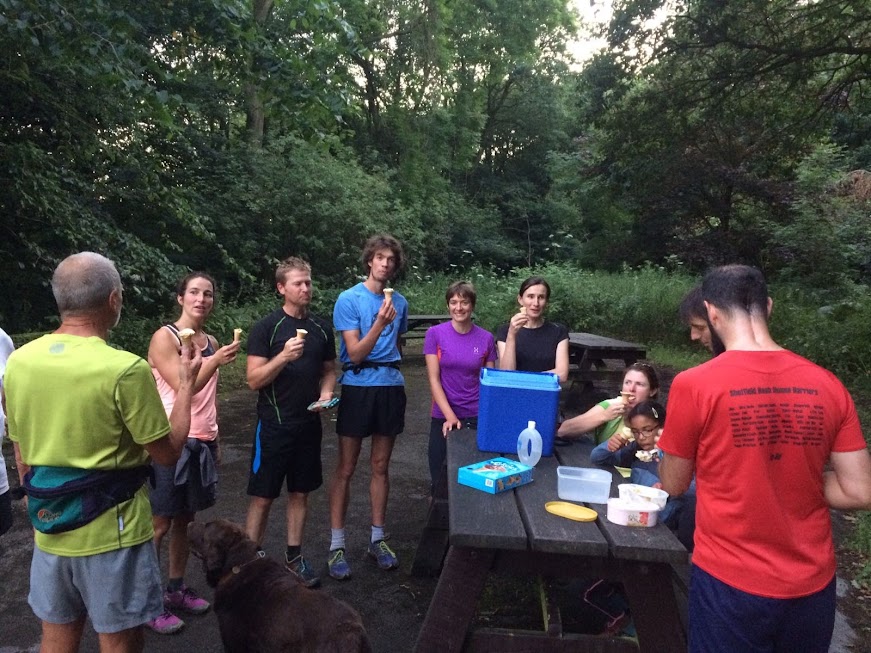 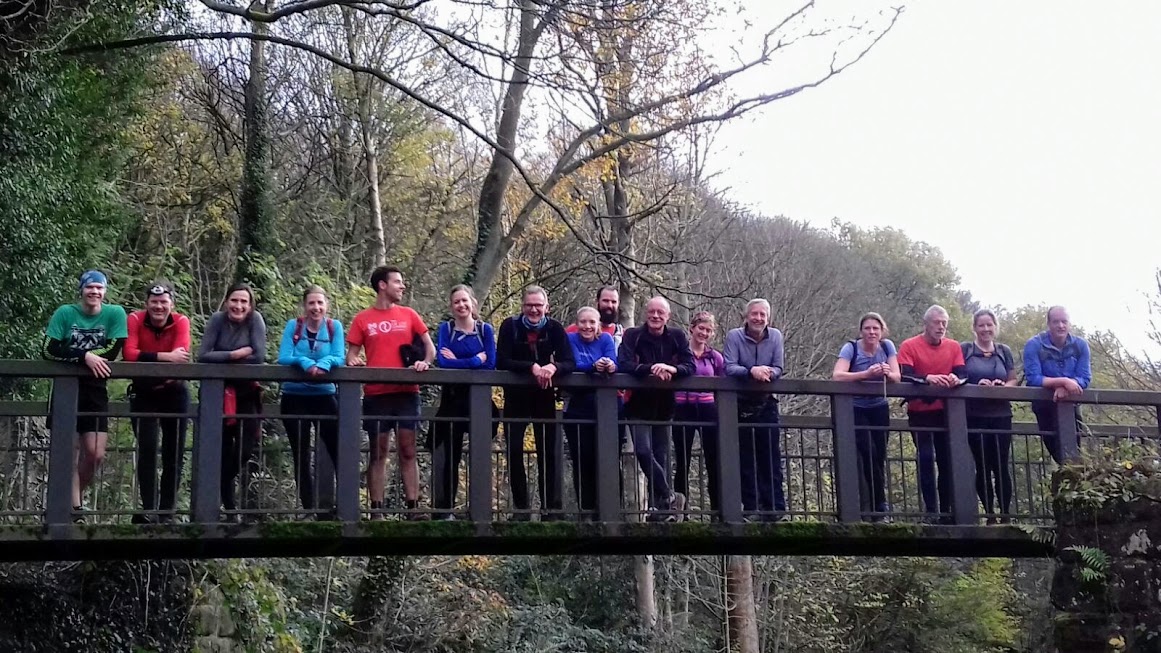 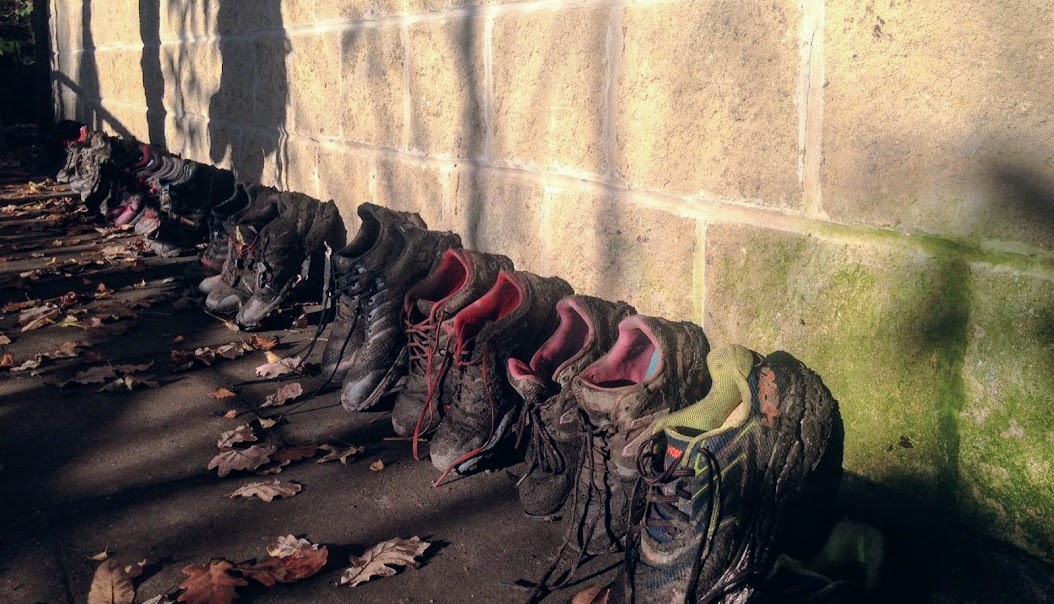 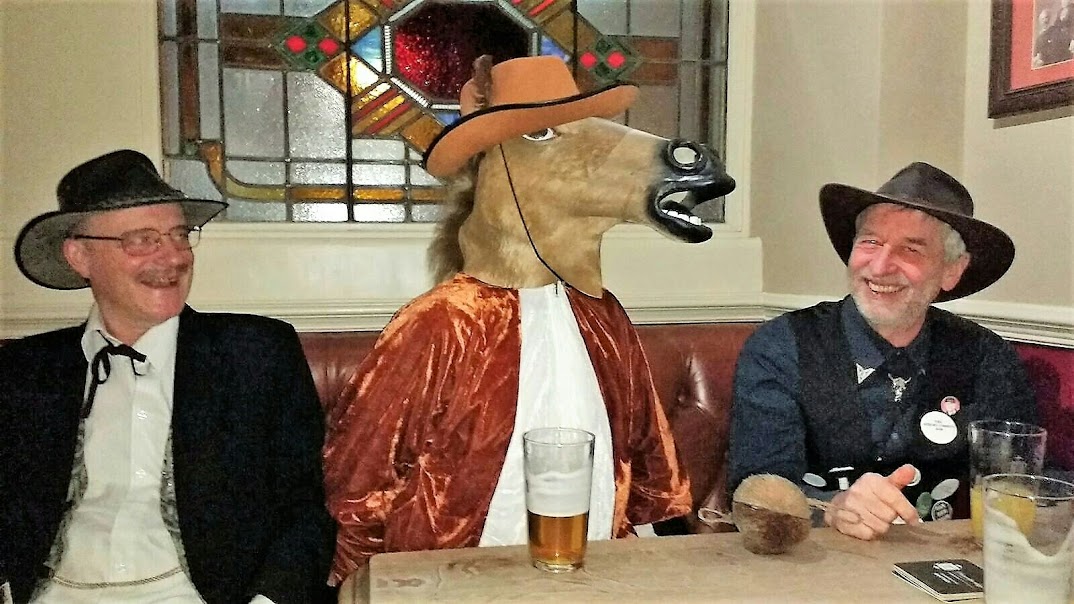 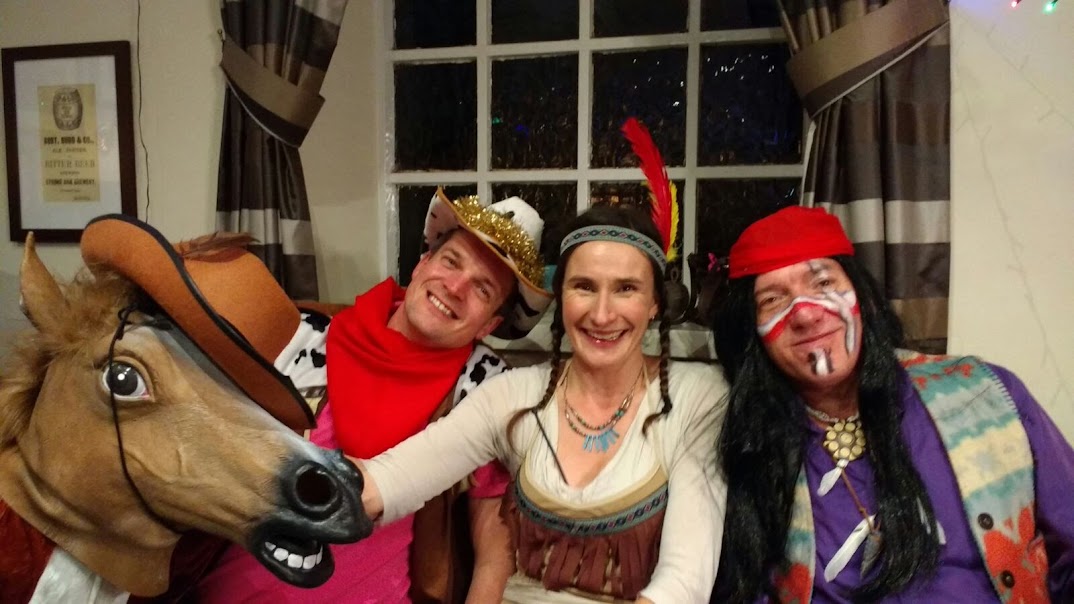 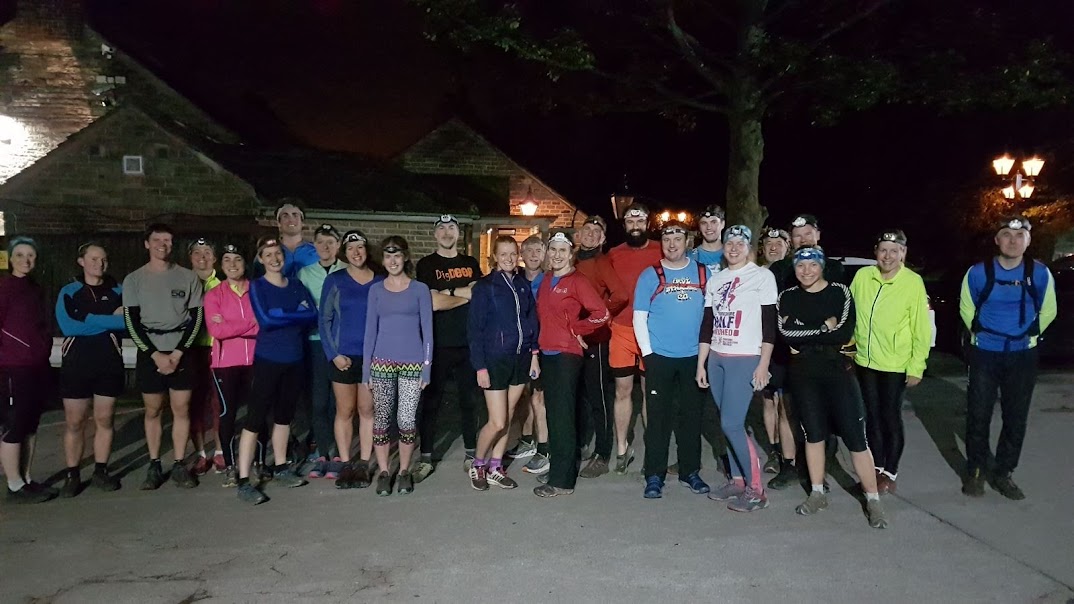 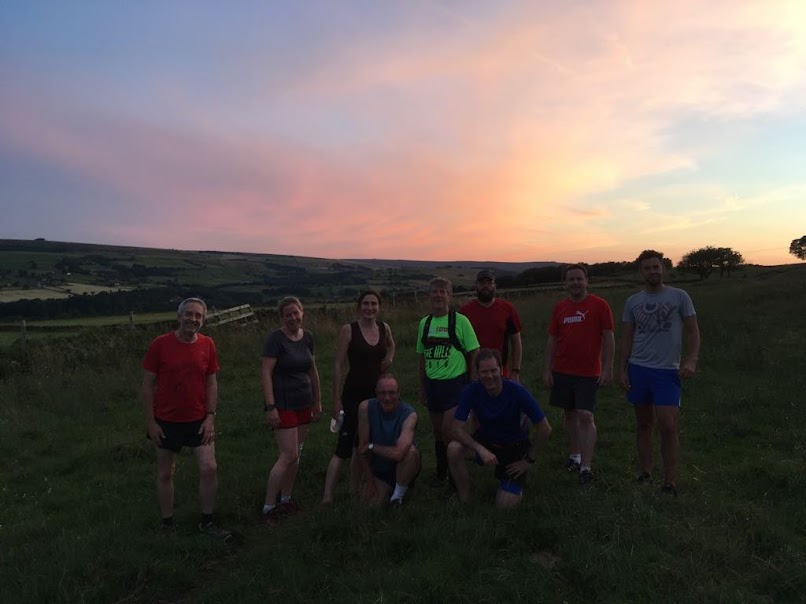